REV Theory: Rock With A Conscious

The “REV” in rev theory use to stand for revelation but the band thought the name sound like Christian rock which can be the death of any really good rock band (Creed anyone?) The music is not preachy but takes on themes such as the crisis of dictatorship (“Justice”) and its resulting rebellion as well as more emotional themes such as the loss of a loved one (“Hollow man”). The new album ditched the ballets (Light it up) and returned to their original sound long introductions, and ripping guitar solos.

The band was formed in 2002 and this is their third album. It is worth a purchase because they is not a song on here you won’t like. The band has yet to tour on their own but has accompanied Theory of A Dead Man, Hinder and Evanescence as opening acts.
Justice was the first single off the album of the same name and debuted at 75 and has reached 17 on the US charts. The album has never charted on the billboard but is #5 in the hard rock album list.

It is hard to swallow that this band’s fame come from lyrical cameos in the video game world and TV with WWE and Xbox most notable. On the other hand, it exposes the new generation to non-mainstream music which we love on this blog.

Fashion Week in Miami: Too exclusive and over-rated 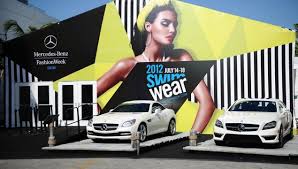 Fashion week comes once a year in the hot and overbearing Miami heat. It usually runs into town on the heels of hurricane season; we all have little time to prepare and its always a surprise to see the aftermath. This year was different. Most mainstream shows were held by boutiques, more exclusive shows were held in private and it was extremely hard to get that coveted seat at Mercedes Benz Swim. The fact that it was so exclusive is leading to its failure. The fact that the Hispanic charged February fashion event ran by Beth Sobol may be the only fashion scene soon in Miami is quite disappointing. Enough with the disappointment; here is the lowdown.

Several events were held at the same time; making it hard not to devote yourself to one production: Mod Media, Funkshion and Mercedes Benz Swim held shows at the same time but not on time so you couldn’t catch another show if you wanted to. The Mod Media shows were quick; however featured some interesting designs from local boutiques in the area. For recent fashion, we headed over to Funkshion for a lingerie fashion show that was held up for over an hour. The same event had another event at the same time. That’s right, Funkshion had two shows run into each other. When we decided to head back to the other show, it was already over and the lingerie show was scheduled to start at 11:00pm!

The highlights were diesel and Beach bunny at Mercedes Benz which required a press pass to get in and was so exclusive only a small amount of seats were filled for the less known swimsuit designers. We hated the fact that some manufacturers also showed up on the runway but I am guessing it was hard to get designers back again after pouring rain ruined a lot of shows.

The locals came back at the last minute with Red Carter and Luli Fama joining on a week before the show. There show was packed and as usually worth seeing. The stunners went to the newbies and lesser knowns like Lisa Blue that pulled out all the stops with her apocalyptic designs.

Next year, I am still braving fashion week even those this year it was full of disappointment but trust me, there is always next year.

Subscribers – get a free e-book tailored to your style

We have a new feature for subscribers! Not only can you win prizes based on your style but also you get a free e-book after taking the quiz!

This is not a limited offer but it is only available to subscribers. So choose your fashion independence and embrace your own style.

We love discovering new music and new people but we also love rediscovering new bands. Porcelain Black started in 2006 at 20 with the tag line porcelain but did not debut any albums until this year when she paired with Lil Wayne in her breakout song, “This is what rock and roll feels like”. The song features beats part Lady GaGa and part Ke$ha as well as rocking guitars and punk lyrics!

Lil Wayne’s brief cameo adds grit and sex appeal to an already fun song that sounds like a punk rebel anthem! It’s sad that it took this future punk princess so long to break out but it was worth the wait! 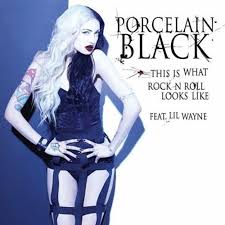 Go the official site to view the video here

Versace for H and M – Glam for Less

Listen up glamorous divas, this is a deal of the lifetime. Versace is creating a line for H & M scheduled to launch on November 17, 2011! The price range will be exceptionally low starting at just 20 dollars!! Plus the collection will also feature jewelry and handbags!

Jewelry will feature rhinestone cuffs, chunky chain and cocktail rings. Handbags will feature the single handle feature we all love. I may not be a glamor girl but the vintage romance in me loves the look of rhinestone jewelry. So Glam/Diva girls mark your calendars!!

To learn if this sale is for you, subscribe on the right and a quiz will be sent to you!